My Family is a Venn Diagram

I’m a vegan, and currently gluten-free.  (Maybe forever, who can tell?  So far it’s working pretty well.)  My son, who had gone over to the dark side (eating meat although raised vegetarian) is gluten-free.  Husband, with no allergies to anything, is an ovo-lacto vegetarian.  But we are all eating gluten-free-vegan meals most of the time, because guess who does the cooking?  Mwa-ha-ha, resistance is futile…..

First you grill them….

For example, here are some recent successful meals:  The first is the most delicious of all.  I subscribe to some Vegetarian Times recipes, and the other day one popped into my inbox that couldn’t have been more timely – the rabbits and raccoons have been leaving the zucchini, parsley and basil alone, so we had most of the ingredients.  It was only in the 80’s that day, so not a burden to grill the vegetables.

…then you chop them and tossed with a balsamic vinegar reduction…

Sometimes I look at many versions of the same recipe.  So it was with Pad Thai.  This is a dish that can be gluten-free but isn’t vegetarian because of the fish sauce, so not a good candidate for restaurant fare.  I studied many recipes and used what I had around the house to make something we liked very much.  (And a good thing, too, because it made a LOT!) 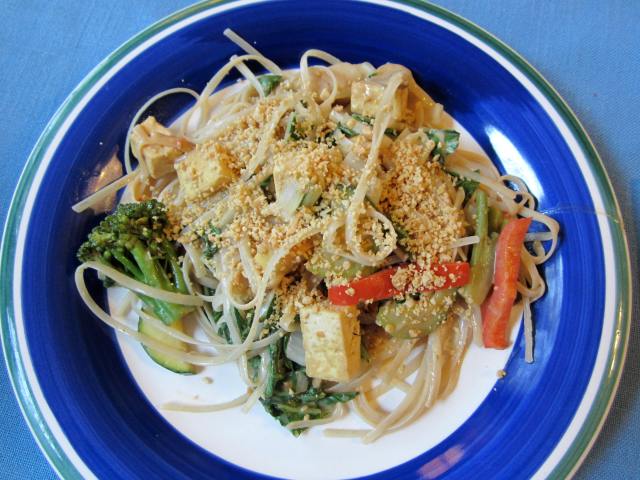 Finally, it was hot again today.  REALLY hot, as in over 100F.  I’d been wanting to bake bread, but didn’t want to heat up the kitchen.  Therefore, I amalgamated several bread-machine recipes for yeasted gluten-free bread.  IT WORKED! 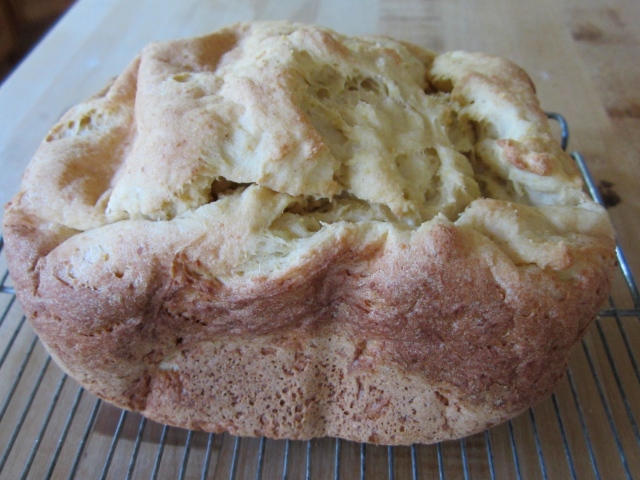 I was so excited, I made us grilled cheese sandwiches (with Daiya), something I hadn’t had in a very long time.

On the side: sauteed Bok Choy.  The stalks are fine, but the leaves ultra-lacy as they’ve been attacked by something winged – not all our varmints have four legs!

In other news, Chinese is hard.  But fun.

2 Responses to My Family is a Venn Diagram